Jordan is continuing to gain momentum as a major tourist destination seeing a rise of European and international tourists each year. With the increase in visitors, leading hotel groups are developing new 5-star hotels to keep up with the demand and influx of tourists. In 2019, Jordan will see the growth of nine new 5-star hotels in Aqaba, situated along the Red Sea and in the capital city of Amman. Check out the best new 5-Star Hotels in Jordan recently opened or opening soon.

Found in the heart of Amman, the new W Hotel Amman 5-star is an eclectic mix of urban contemporary and traditional elegance. Surrounded by historic and ancient sites, the first W Hotel in Amman offers 280 guestrooms which also includes 44 suites. The property also includes a fitness center complete with outdoor yoga on the terrace as well as high-class spa facilities and an outdoor heated pool. The dining options included both local and international cuisine as well as live DJ sets and an active nightlife scene. 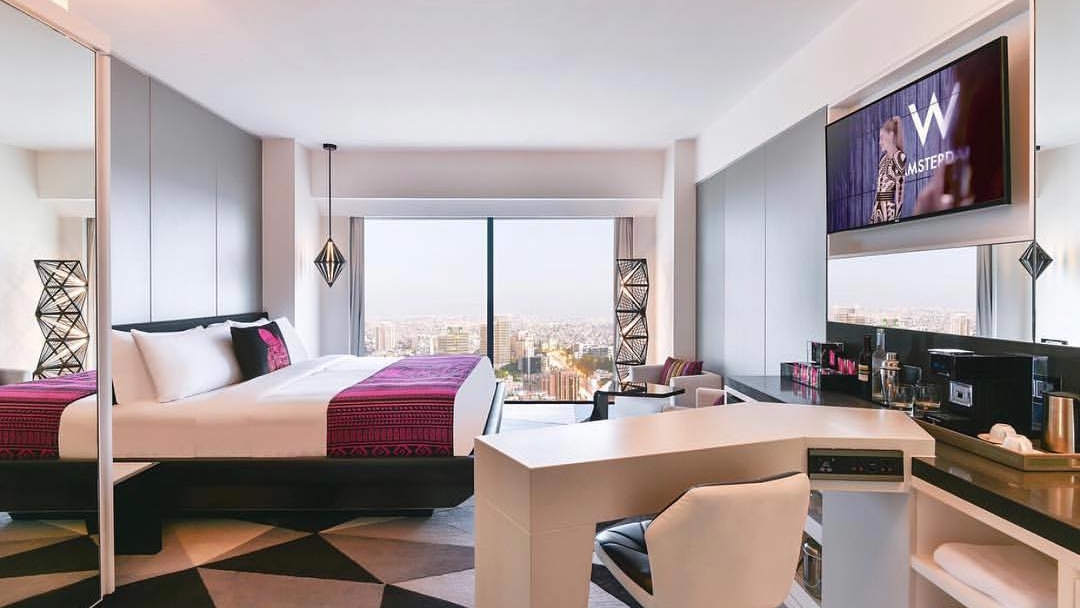 This five-star deluxe hotel by the Fairmont is newly opened in the capital city and has quickly become one of the best new hotels in Amman. Conveniently and centrally located, the hotel is a short distance from downtown Amman and the newly Abdali urban center. The property houses 317 guest rooms and provides an extensive array of restaurants and culinary options including traditional Jordanian options to international flavors. The spa is extensive and luxurious along with the fitness center and elegantly designed rooms.

Scheduled to launch towards the beginning of 2019, the St. Regis Amman will open its doors in the Abdoun district of Amman. The hotel property will showcase 260 guestrooms, which will also include some 40 residences along with several restaurants, an extensive fitness center, and spa. The hotel is a 16 story tower overlooking panoramic views. The opening date is eagerly anticipated and the St. Regis Amman 5-star hotel is slated to be one of the best new hotels in Jordan.

Slated to open upon completion in 2020, the new Ritz Carlton 5-star hotel in Amman will open in the Fifth Circle, an area next to several other 5-star hotels. The new hotel will offer 230 guest rooms as well as a large-scale fitness center which includes both indoor and outdoor swimming pools. The new Ritz-Carlton in Amman is part of a large brand expansion in the Middle East including new hotels to open in Sharm El Sheikh, Al Khaimah and Tunis as well as several new buildings in Morocco in keeping up with the rise in tourism in the region.

The second Hyatt hotel in Jordan, the new Aqaba Ayla resort which is planned to open at the beginning of 2019 is situated along the marina and overlooking the mountains. With 286 rooms, an 18-hole golf club, a serene spa, five restaurants, two pools, and a fitness center, the Ayla Resort is an exciting addition. The spa will also include an authentic Turkish Hammam and the hotel will also offer a kids club with the well established Camp Hyatt, an exclusive program for children guests staying at the resort. 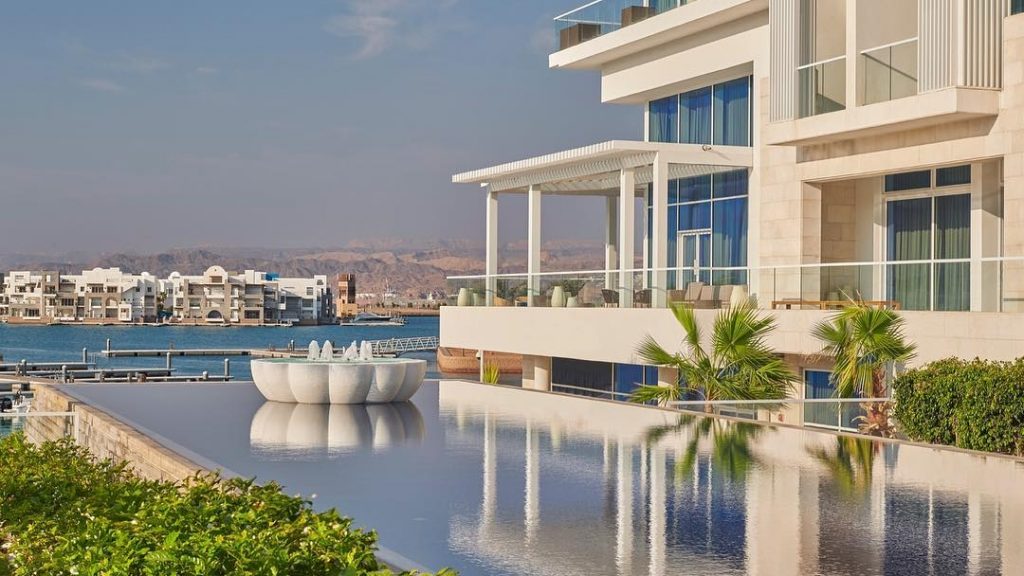 Set to open in 2020, and the first Westin hotel to open its doors in Jordan, the Westin Aqaba is a retreat along the Red Sea offering first-class amenities and luxury and likely to be one of the best new hotels in Jordan. The Westin Aqaba will offer 300 guestrooms, four restaurants, a luxurious spa, fitness center, two swimming pools, private beach access along with shopping and children’s club facilities. The new hotel overlooks both the Gulf of Aqaba and the Saraya Lagoon as well as hotel gardens.

Found along the Red Sea and close to both Petra and Wadi Rum, the Saraya Aqaba will offer a private beach along the man-made lagoon situated along the coast. The Qasr Al Aqaba resort will provide guests with 285 rooms and suites overlooking the lagoon as well as a first-class spa, fitness center, restaurants, and a kids club. The hotel is only 15 minutes from King Hussein International airport and downtown Aqaba is easily accessible from the hotel.

Part of the Luxury Collection hotels by Marriott, the Al Manara Resort in Aqaba overlooks the Saraya Lagoon and private beaches offering 208 rooms, 38 suites, and 2 villas. With an elegant design that incorporates the dynamic history with modern and traditional style, the Al Manara also offers a spa and first-class dining experiences including a seafood restaurant and smokehouse.